where we are
Via Enna 24, Catania
email:
STUDIOMANFRE@ICLOUD.COM

Luigi Manfrè is Director of the Mini-Invasive Spinal Interventional Operations Unit of the Oncological Institute of the Mediterranean-IOM.

He was born in Catania, in 1965, on March the 31st. He attended the Classic High School diploma during the 1983 at the "M. Cutelli" Lyceum, in Catania, graded with the highest score. He got Medical  Degree  in 1989 and Specialization  in Diagnostic  and Interventional  Radiology in 1993, working   as   a   Researcher   from   1993   to   2001   at   Palermo   University,   and   as   an   Interventional Neuroradiologist from 2001 at "Cannizzaro Hpt", in Catania, Italy. From the 2011 to 2016 directed the Haed of Minimal Invasive Spine Therapy Unit, at the "Cannizzaro Hpt" , Catania, Italy.  He is professor in charge at the Institute of Radiology of the University of Palermo. He is the Director of the Minimal Invasive Spine Therapy department at the Instituto of Oncology in Mediterranean (IOM)

- He teaches from June 2015 as Invited Professor at the Radiology Institute of the University of Palermo.

- He won 16 international and national prizes.

In particular, he was invited for a lecture at the following international meetings:

He organized as Director the “8th Advanced Course of HQ in Spine Neuroradiology, Diagnostic and Interventional”, Italy, Catania 28 june – 1 july 2017.

He attended several department, as:

From  the  20th  of  June to the 16th of July  1994 he  attended  the department of Pediatric Neuroradiology at the Hospital for Sick Children in Toronto, directed by Prof. Derec Harwood-Nash.

He is a Full Member of: 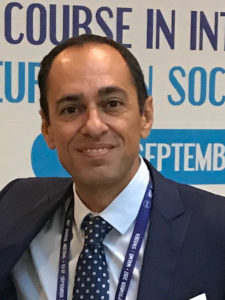 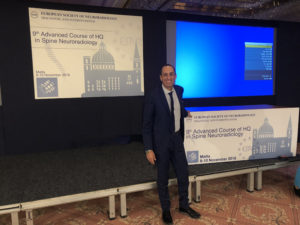 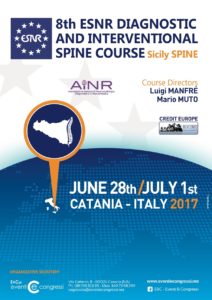